39 Years Of Helping Others 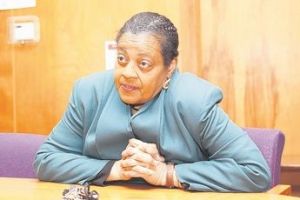 I am so proud of my Aunt Gladys Walker wife of (James M. Walker) She dedicated 39 years of her life helping others at CACHE, Sullivan County’s multi-service anti-poverty organization. Checkout the article the Times Herald Record did on Aunt Gladys.

Sullivan ‘hero’ Walker to step down after 39 years at CACHE

LIBERTY — Gladys Walker was weary of rating insurance policies but had no clear direction when she walked through the doors of Liberty-based Community Action Commission to Help the Economy to interview for a clerical job in 1974.

Then-President Nixon was pushing to de-fund local community action agencies like CACHE, so the only offer Walker received was a three-month clerical position.
“I said, any job is better than no job,” Walker said. “Whatever happens, happens.”

In fact, a calling happened.

Thirty-nine years later, Walker is retiring, ending her second stint as CACHE’s executive director and leaving an agency where she has also worn hats ranging from caseworker to board member.

CACHE expands over the years

Along the way, there were tears for the battered women who sought help, and exhausting days distributing food to hungry families and seniors.

There was also turmoil, but CACHE survived, adding programs and increasing the size of its food pantry.

“CACHE gave me an opportunity to learn and develop my skills and to feel relevant,” Walker said. “You feel good when you know you’ve made a difference.”

Walker, who will be replaced by Walter Stein, CACHE’s family-development director, arrived in 1974.

At that time, CACHE operated the county’s Head Start program and its food pantry was an “enlarged closet” filled with donated canned goods.

“We were always in advocacy mode,” she said. “It didn’t matter what problem you had.”

She quietly returned in 1993 to work as a parent aide, trying to mediate family disputes in an effort to keep kids out of the foster care system.

She returned the same year CACHE created a network of 10 “safe homes” as the first phase of a new domestic violence program.

A 24-hour hotline and domestic-violence education and prevention services would come later.

“We used to say, ‘You have to run; you have to try and get away,’” Walker said “Now we can help them,” she said of those dealing with domestic violence.

Four years later, Walker again stepped in to lead CACHE, this time after years of turmoil and a succession of executive directors.

Within a year, she was being credited with restoring morale at CACHE.

The food pantry now consisting of a series of rooms and an outdoor freezer, is the county’s largest.

There are also parenting classes, a thrift shop and free weatherization services.

This month, Community Unity, which raises money for local causes, named Walker one of its Community Heroes.

“What made that organization stand out to us is they are willing to partner with any organization that will help them help others,” said Claire Sullivan, a member of Community Unity.

Soon, a room at CACHE will be renamed The Gladys Walker Resource and Conference Center.

The room is one of CACHE’s parting gifts to her. And there will continue to be gifts, even after Walker officially leaves.

As in the past, someone will stop her in public and say thanks for the help they received.

That person may boast of being able to buy a home or send a kid to college.

This past Thanksgiving I spent it with my mom’s family in Atlanta and Christmas was spent with my dad’s family in Virginia.  My dad’s immediate family is significantly smaller than my mom’s, she is one of ten while my dad is one of four.  I enjoy being around family, on happier occasions than sad ones.  Any who checkout some from Christmas below.

I thought this was cool that rapper Joey Bada$$’s took a St. Lucia meet his Grandfather in person for the first time. “The short documentary captures Joey as he explores this new, yet familiar world, and discovers that his music has created an even deeper connection between the island, its people and himself.” Presented by PRO ERA, Cinematic Music Group & Lifted Research Group.

Thanksgiving Weekend In The A!

Thanksgiving Weekend in the A!(Atlanta) was a success, I got a chance to catch up with and hangout with cousins I have seen in years and spent some time with my younger cousins. I gave out a family newsletter I wrote up and showed a family slideshow during Thanksgiving dinner. Saturday night we celebrated my Uncle Leo’s 80th birthday, I am truly blessed to have all eight of my mother’s sibling alive and in god health. Checkout the pictures below. 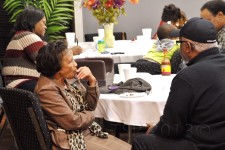 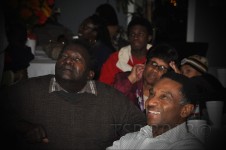 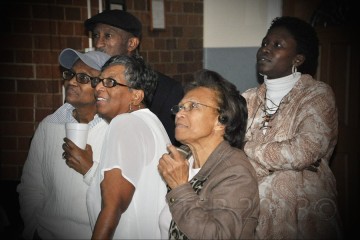 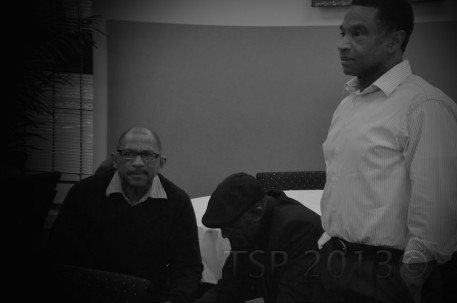 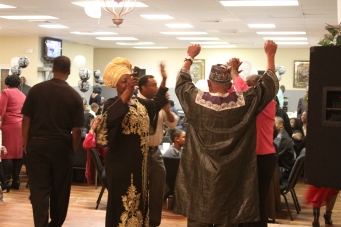